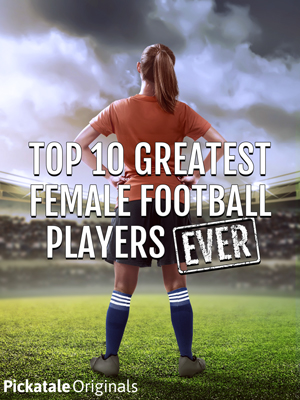 Women have been participating in football since the 1890s, with an early spike in popularity being seen during World War 1 while men were away fighting. However, women’s football has really kicked off in the last few decades and has seen some truly fantastic players. Meet ten of the greatest women to have ever dominated the pitch.