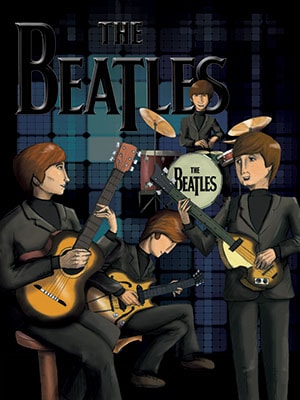 In 1960 four young men from Liverpool, England formed a rock band that became the most popular musical group in the world. John, Paul, George, and Ringo were the Beatles. With long hair and powerful music, they were a big worldwide sensation from the moment they appeared in New York on the Ed Sullivan Show in 1964. They stayed together for only ten years, but influenced the music world forever.