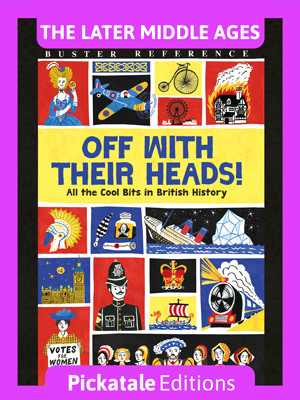 Off With Their Heads! All the Cool Bits in British History - The Later Middle Ages

This book tells the story of the people who have lived in the British Isles, and is packed with fascinating facts and fun tales. The British Isles is a group of islands that consists of two main islands – Great Britain and Ireland – and lots of smaller islands, including the Isle of Man, the Orkney Islands, the Shetland Islands, the Isles of Scilly, the Isle of Wight and the Channel Islands.