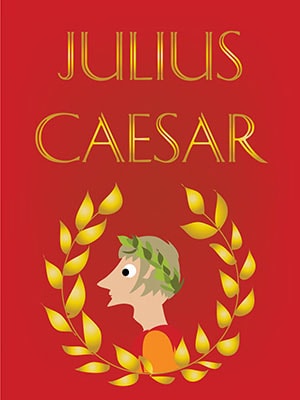 Julius Caesar was a Roman born in 100BC. He was a very powerful military commander, with victories over many enemies of Rome, reporting back to citizens that he came, saw, and conquered land after land. When he declared himself dictator of Rome for life, other statesmen feared this total control and assassinated him. But his legend lives on, through his many influences and a Shakespearian play.