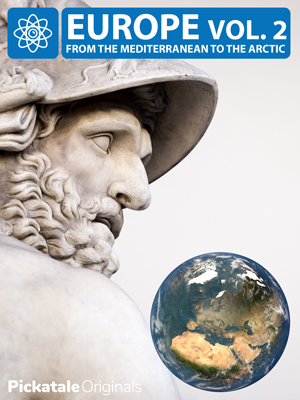 Europe - From the Mediterranean to the Arctic Vol. 2

Europe might be smaller than its neighboring continents of Asia and Africa, but it is still home to around 630,000 people, not including the population of Russia. Many languages are spoken across Europe, with the two most unusual being Finnish and Hungarian. Europe has a number of important geographical features, including seas, mountains and major rivers. Despite its turbulent history, Europe today is relatively peaceful and prosperous.