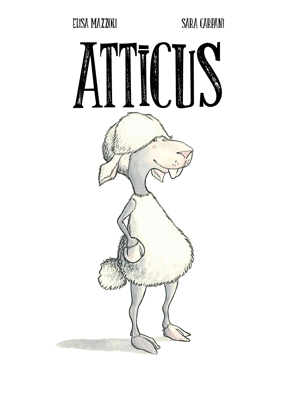 Atticus the sheep loves his luscious locks. Who cares if his wool is so long that he’s infested with fleas? When his mum insists he’s due to have his coat sheared, Atticus refuses in many hilarious ways.